One of the great advantages of cycling is you see so much more detail and have the chance to converse with people you bump into on your route. 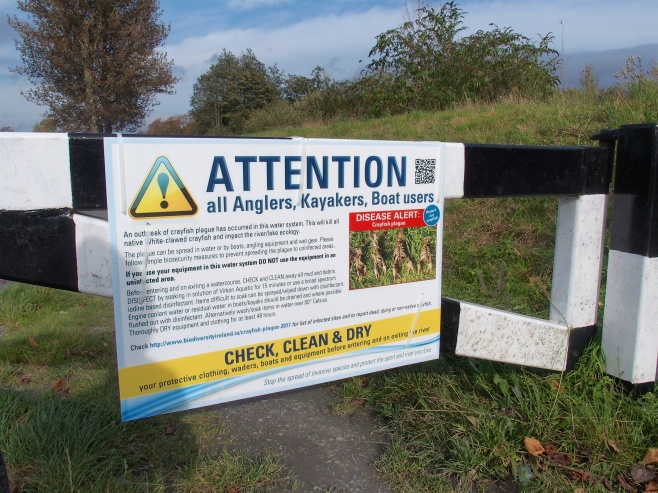 I got speaking to a couple of anglers, up past ‘the Sugar Factory’, and asked them had they any luck. They had caught a lot of pike – one of them 10 1/2 lb weight! What was interesting was they said the heads of the pike were scratched and they had ‘boils’ on the faces. They reckoned this was caused by the crayfish plague. It’s a serious threat to the native white clawed crayfish and the ecology of the Barrow system.

The fishermen were very concerned about it; it is probably too late now that the invasion has begun.

A little further on I met a guy with a big plastic sack and a paper picker. He was telling me he brings the dog for a walk and always picks up any discarded rubbish. Should have got his name. He’s a Dub judging by his accent who moved here 20 years ago and loves the Barrow Track.

In their own way all are guardians of this great resource.

There seems to have been an explosion in heron numbers in recent years; every heron seems to have its own territory beside the many weirs along the river. Lovely elegant birds.

Autumn is a great time to visit the river – the banks of the river are lined with trees and are a feast of colour this time of year.

Autumn colours on the Barrow track

My route home took me through New Oak Estate and some lovely decorative gardens caught my eye! Well done to the residents of New Oak who have the area in tip top shape. 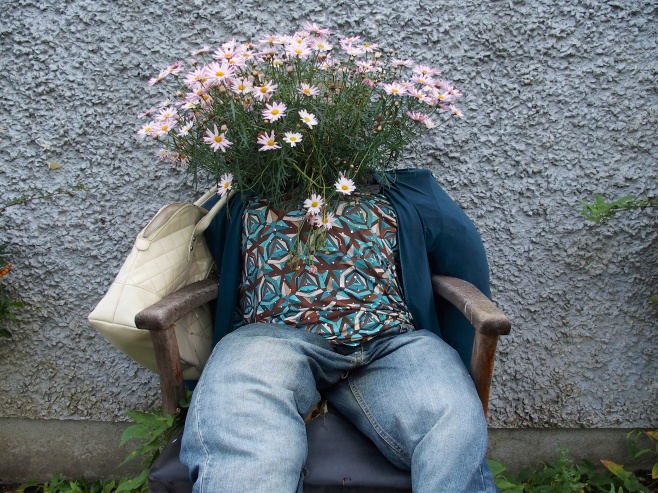 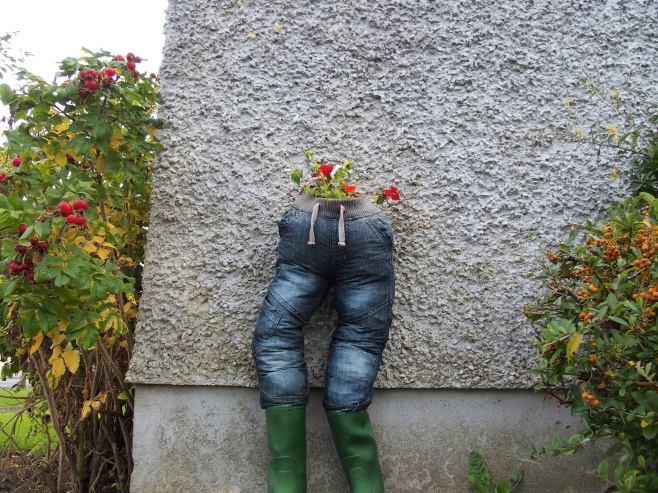 An early morning cycle, starting at sunrise, along the Barrow Track between Goresbridge and Clashganny was a great start to County Final Day!

Joe Sheppard, now domiciled in Manchester, a keen cyclist on UK towpaths and Sustrans routes, was looking forward to cycling along a riverbank as distinct from the linear towpaths that criss cross the UK.

Of good GAA stock, the conversations were wide ranging – from Ruislip to County Final Day; from Mental Awareness to Social Housing and Brexit; from Mary Teresa Kelly’s newsagents to out of town developments!

We don’t appreciate how much it means to ex pats to see Carlow doing well on the inter county scene. Joe and his son drove from Manchester to Rusilip to cheer on the Scallionaters in the Qualifiers during the summer. It was his sons’ first game of gaelic football and he was hooked. He marvelled at Brendan Murphy’s performance in particular – ‘ like a ballet dancer’ was his description of his movement and his agility.

Joe has been following the debate about the Blueway from afar, and he was initially all for it until he began reading up on the debate going on around the proposal. His position was changing before he came over based on first hand accounts of those who utilise these wonderful green linear nature reserve that we have hidden away so well in south Carlow.

After his cycle today Joe compared the route with what he has experienced in the UK. The UK routes benefit from hubs where bike repair / hire shops and coffee shops dot the routes attracting cyclists out into the countryside. The Barrow obviously does not have those key facilities but he maintained there was nothing to compare with the Barrow in the UK. He considers it a unique trail and would strongly be an advocate for minimal development. he found the route very passable – even though the grass was wet and long in places this morning. Interesting to hear the views of a very experienced touring cyclist from across the pond.

Here are a few photos of this morning: 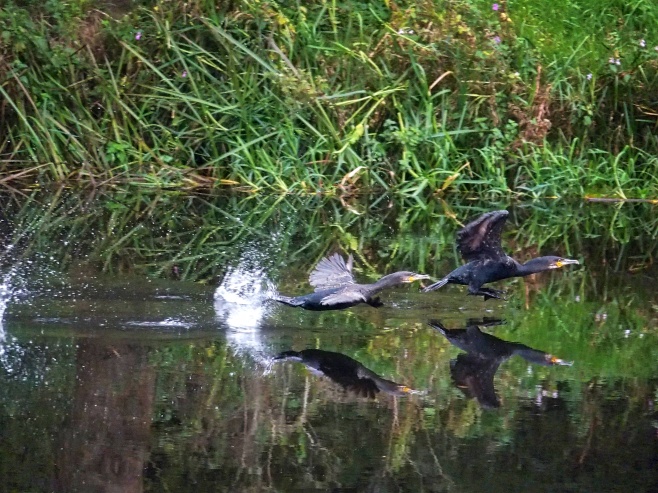 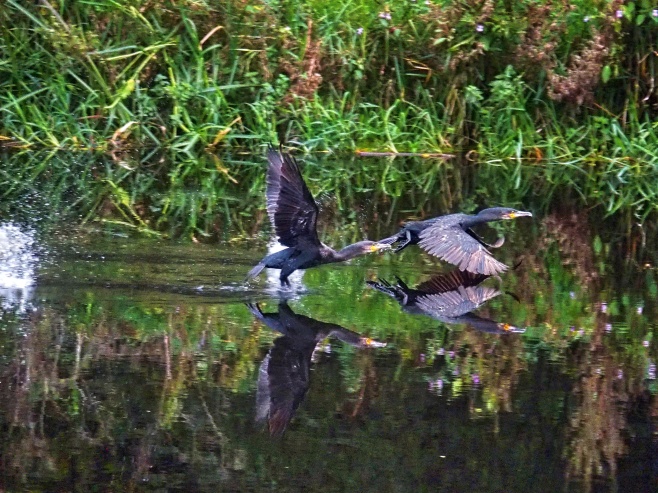 Cormorants on the Barrow 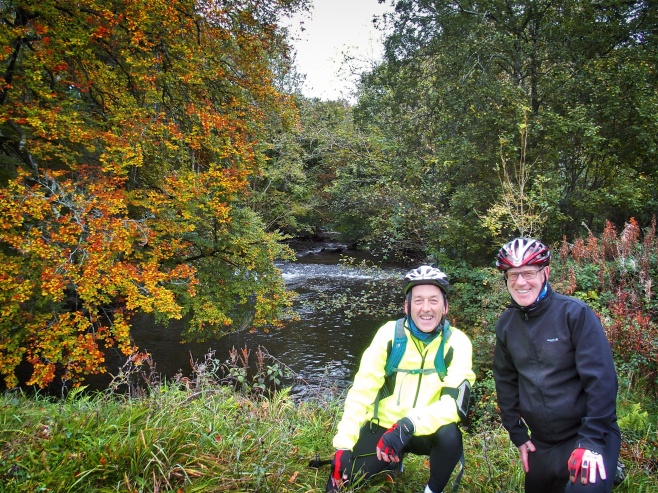 Dermot and Joe at the Mountain River

Does anything taste nicer than a sambo on a cycle / hike?

Joe Sheppard, Manchester and Dermot along the Banks of the Barrow 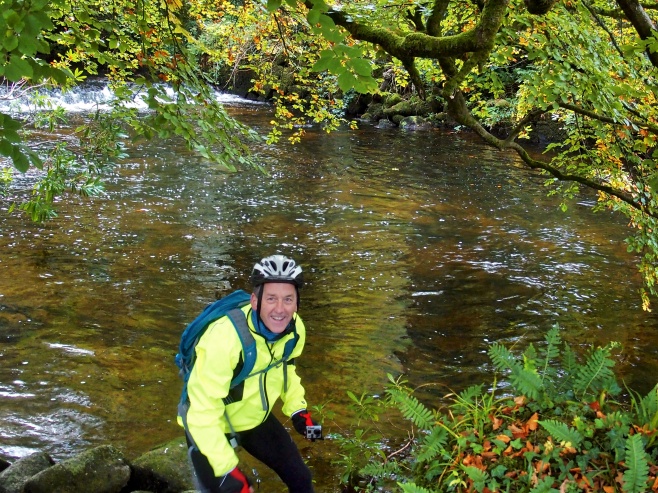 There has been a n alarming spike in cycling road deaths in Ireland this year. Whether we cycle in an urban or rural environment it does feel at times as though we are invisible on the road to motorised traffic.

Most of my cycling is done on quiet country roads primarily to avoid sharing busy roads with cars and lorries. It is scary at times when passing motorists barely avoid contact as they do not appreciate just how close they are to the bike. This leaves no room for error and a pothole or a poor surface can cause a bike to go off line and the consequences could be disastrous. So the campaign ‘1.5 metres, Pass with Care’ is a great initiative to build awareness.

We have all heard of the horrific cycling deaths in our cities, where trucks and buses turning left have collided with cyclists who are often difficult to see when stopped at traffic lights. It has become an unfortunate inevitability on our city streets. How can it be avoided?

France is one of the most bike friendly countries in the world and they have introduced a simple effective system that we should copy here.